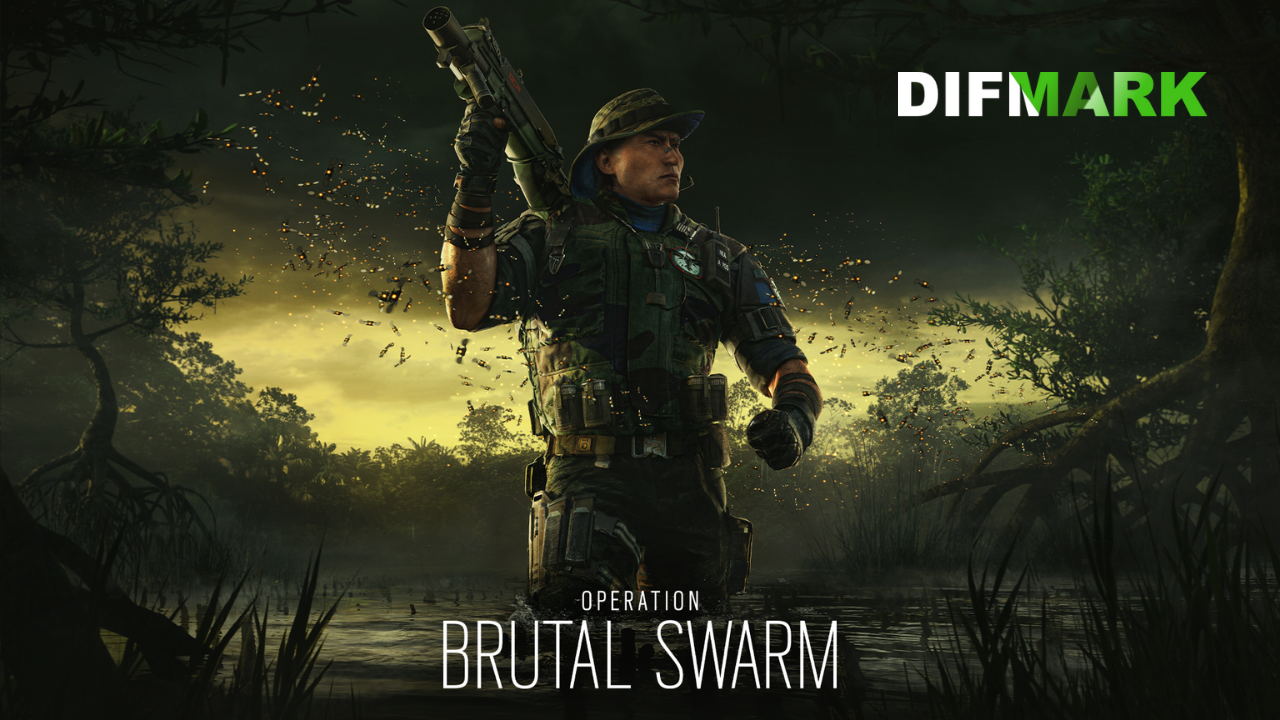 Interesting details of the spectacular Operation Brutal Swarm have emerged. Ubisoft revealed the details on August 21st. In the novelty, you will see new elements: for example, auxiliary gadgets, changes in the recoil scheme, and equipment.

In the presented trailer, insect-like drones are designed to neutralize enemies. The new operative Grim has a chance to sneak up unnoticed and deal a crushing blow to the enemy. An operative with 1 Health and 3 Speed ​​belongs to a special unit of the Singapore Navy. He's a tough explosives expert. He has a chic main weapon 552 Commando, a gadget Kawan Hive Launcher and much more. Note that the Kawan Launcher is an effective device for finding enemies.

So, capture enemy territory using super-powerful weapons and modern devices. In this game, you can use different options for defense and attack, move quickly and quietly, find enemies and get out of the most dangerous situations.

We also present you with a new super gadget called "Impact EMP Grenade". As you know, the regular EMP Grenade falls, rolls, and then only explodes. An Impact EMP Grenade detonates instantly upon hitting the floor or wall. Thus, they boast excellent accuracy.

Changes have also taken place in Balancing (weapon attachments, recoil schemes, equipment). The weapon recoil scheme has been significantly redesigned. The changes affected SMG, AR, LMG, attachments for weapons, and so on.

The system for evaluating players has also received several updates. Online battles will become more comfortable. After all, players who violate the rules of behavior in the chat will be suspended. The penalty period will stretch for 30 matches. In addition, you can now present a Premium Battle Pass to a friend.

As a reminder, the long-awaited Season 3 of YEAR7 "BRUTAL SWARM" will be released on the test server on August 23rd JST, and on the live server on September 7th.