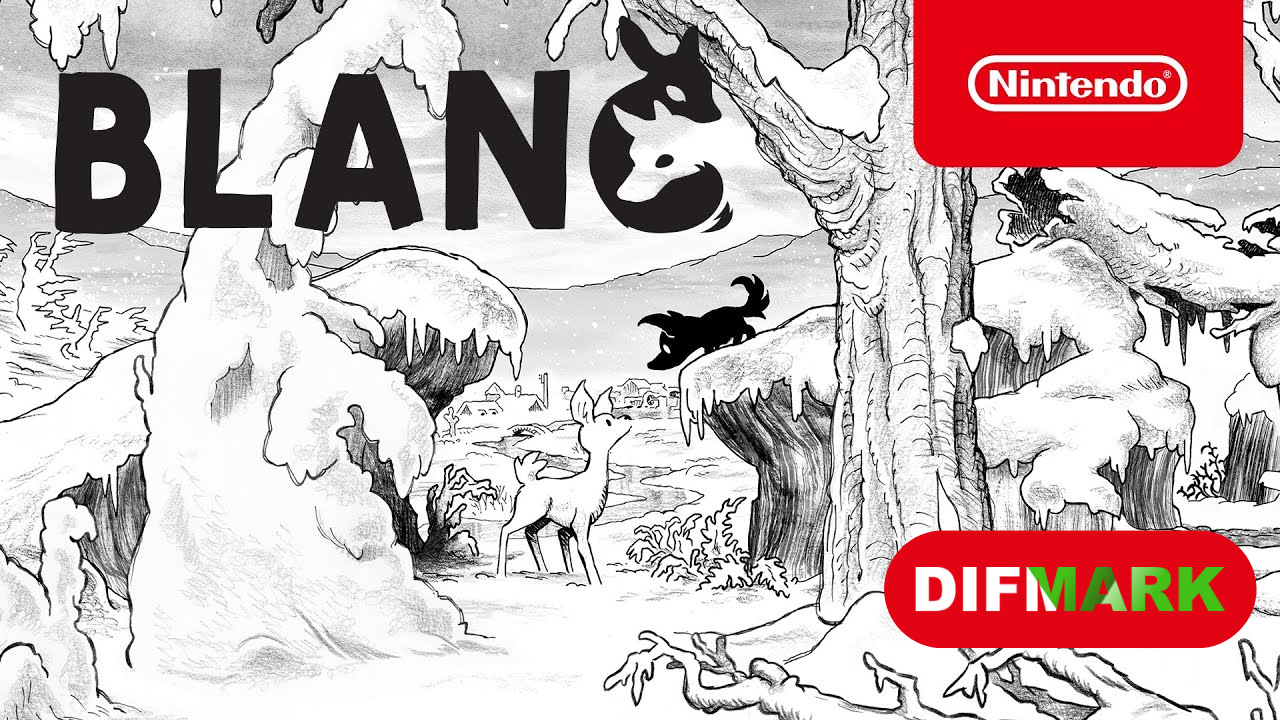 We present to you the super game Blanc, filled with excellent black and white graphics, and good animation. This novelty, which tells about a wolf cub and a fawn, who are forced to travel through vast snow-covered spaces to return home, will surely give you a lot of emotions.

After the release of the novelty on the Nintendo Direct Mini, this game has a lot of loyal fans. As a result, the developers of the novelty decided to thank everyone interested in the game creation. The company expressed its gratitude for the great enthusiasm with which gamers began to discuss the novelty. The developers also noted that new updates will appear soon. Therefore, gamers are urged to closely follow the news, which will be made public very soon.

Note that this touching story of the friendship of fluffy animals can touch everyone. Baby deer and wolf lost their families after a devastating snowstorm, and are now forced to work together to find their way home quickly. Each character in the game has its special characteristics. For example, a wolf cub can get into the most inaccessible places, and a deer jumps perfectly.

It is a great drawing game that you will remember for a long time. The release of new items is dated February next year. We are looking forward to the game!